Framing the Issues, Moving the Dial 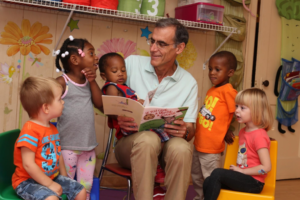 In the past, my opponent Sheila Marcotte’s strategy has been to run purely as a fiscal conservative, someone who will save you money. I’ve already written about how when you sit down and do the math, that really isn’t the case. So I was glad to see that when we received Legislator Marcotte’s first campaign mailer at home this week, she’s starting to address some social issues framed by my campaign. In her mailing, she claims to have supported an extra $1 Million to assist Westchester families with childcare costs and also claims credit for $6 Million to assist the Department of Social Services.

The truth is Democratic Legislators forced her to restore some of the budgetary cuts she and her fellow Republicans had previously made to daycare and DSS in order to “balance the budget”.

Still, it’s clear that we’ve forced Legislator Marcotte—at least rhetorically—to adopt a more progressive campaign platform. Now, if she’ll only pledge to also change her views on gun control, women’s health clinics, LGBT rights, immigration, affordable housing, and so on, I’ll pledge to drop out of this race and spend more time with my wife and law clients.  Meanwhile, I’m still out there knocking on doors, framing the issues, and moving the dial until Westchester Values win!