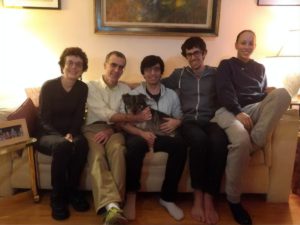 I worked hard in grade school and received a full academic scholarship to Archbishop Stepinac High School in White Plains. I continued to study hard, but also found time to run on the track team all 4 years, 3 seasons each year. I was a pretty good athlete, but the interscholastic event in which I excelled was a radio Quiz Bowl team. We won the County Championship in that, prevailing over White Plains HS, Scarsdale and our arch-rivals Iona Prep along the way.

Again, hard work and luck paid off when I became the second Stepinac grad ever accepted to Yale College. I was able to pay for college and law school by cobbling together scholarships, grants, loans, and summer and part-time campus jobs. My parents never had to pay a penny of tuition for me or my brother and 3 sisters, although we all attended elite private colleges. 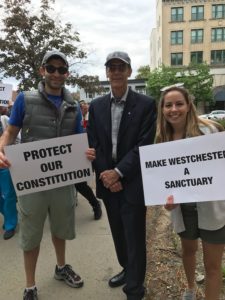 Next was Fordham Law School, where I started in the night division while holding down a job during the day. I did well enough to make it onto the Fordham Urban Law Journal. Around this time, I met the lovely Deborah Levy at a party hosted by friends we had in common. We married in 1981, less than a year after our first date, at her parents’ home on Long Island. After two years at a large Manhattan law firm, I joined my father-in-law’s small firm and expanded its business litigation practice. We now also have “Super Lawyer” status for helping low-wage workers who get shorted on minimum wage, overtime and tip pools.

Deb and I lived as Young Marrieds for awhile in Larchmont, then moved to New Rochelle as children – foster, adopted and biological – came on the scene. Our kids Joe, Ali and Harry attended NR public schools, pre-K through grade 12. I coached many youth sports teams, ending up being a seriously successful coach and supervisor of other coaches in travel soccer. 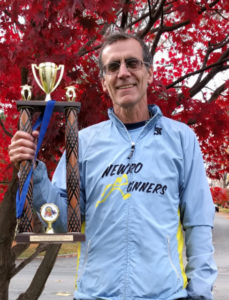 Since child-rearing has wound down, I have had the time to train with the local amateur athletic group NewRo Runners and have become a regionally ranked long-distance runner in the Over-60 age bracket. I got elected to the Board of Trustees of the New Rochelle Public Library. In that role, I work hard to protect the independence of this cultural center of our city in an era of downtown redevelopment. My peers in the law have recognized me by electing me to the Board of the NR Bar Association. I also became very active in the New Rochelle Democratic Committee, starting in 2010, when very poor mid-term Congressional elections had me say to myself, “You can keep on muttering about how bad things are or you can try to be part of the solution.” Since then I’ve been working hard every election cycle to get out the vote for progressive Democrats. Now it’s finally time for me to be one of those stepping out into the arena to protect and promote our Democratic values.

The Friends of Damon Maher can’t succeed getting Damon elected without your help. Please consider contributing to the campaign. Every little bit helps.

Whether going door-to-door, getting out the vote, helping with brochures, or hosting a meeting, you can do your part to help win this election.