EASTCHESTER – Three major labor organizations are the latest to join the chorus of unions and activist groups supporting the re-election of Westchester County Legislator Damon Maher.

With early voting now under way, Maher has just received endorsements from the Home Healthcare Workers of America, the United Service Workers Union, and the International Union of  Journeymen and Allied Trades. Maher is seeking a third two-year term to represent District 10, comprising Eastchester, Tuckahoe, and half of New Rochelle.

“In my 40 years as a lawyer – and now four years as an elected official – I have always been a strong co-worker, pro-union supporter,” Maher said. “So I am proud and gratified to receive these valued endorsements.”

Maher, a Democrat, leads the Legislature’s Labor & Housing Committee and serves on the Budget & Appropriations Committee. He offered a glimpse into future County initiatives and updated progress on current issues during a debate last week (10/12), sponsored by the League of Women Voters of New Rochelle.

Asked to identify the biggest challenge facing the County, Maher cited the dire need for more housing in all price ranges.

“We’re at the point now where there are more people commuting into Westchester than commuting out of Westchester for their jobs, because there is just no place to live – and we have to do something about that,” Maher said. “We need to build complete communities, have communities where people can live somewhere near their work, which becomes an environmental issue.

“People are driving long distances, contributing to global warming and the storms that we’re seeing.”

Maher is continuing to develop incentives for developers and obtain state and federal money for improving roads, bridges, and sewage facilities. He also commended the administration of County Executive George Latimer for lowering property taxes in the last two years, with a third straight year of cuts now projected for homeowners countywide.

Maher is a managing partner in a small Manhattan law firm that focuses on employee rights and civil litigation. His opponent is Republican Anthony Giacobbe of Eastchester. 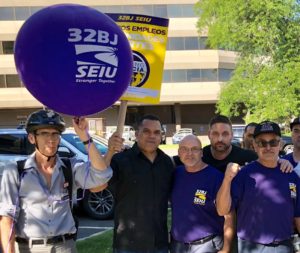