Damon Maher announces candidacy for Westchester County Board of Legislators

At our recent New Rochelle Democratic caucus, I announced my candidacy for the seat in the Westchester County Board of Legislators, 10th District, held by Republican Sheila Marcotte. I wanted to get this message out to you right away, before I have all the trappings of a fully operating professional campaign: website, face book page, blog, etc, none of which I have had as a non-politician. So here we go…

Why challenge an entrenched, 4-term incumbent who has beaten a series of excellent, well-known candidates from our side in the past? I say, in light of the horrific federal government we will have for the time being, why not call out and oppose Trump allies and enablers at every level of government—including state, county and local—and why not elect good people who reflect our values—Westchester values, real American values—at all levels? 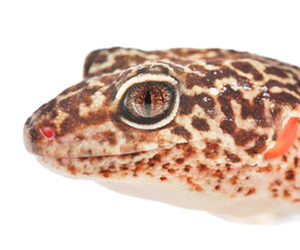 Our County Center, owned by us, the people of Westchester County, and operated by our Parks Department, should be used for wholesome family-friendly entertainment—basketball games, toy train shows, pet reptile expos—NOT gun shows featuring thousands of semi-automatic weapons, live ammo, Confederate flags and Nazi paraphernalia. Legislator Marcotte and County Executive Rob Astorino think it’s OK for our County Center to have gun shows and even promote them on the official County website and on the big Jumbotron screen at the major crossroads of Route 119, Route 100 and the Bronx River Parkway.

I prefer to see the delight in the eyes of a kid holding a live reptile in the palm of his hand for the first time rather than hear the question from the back of the mini-van, “Wow, Dad, look at that sign. What’s a ‘firearms expo’? That sound cool!”

In our community there are kids in our schools from very rich families, very poor families and every level in between. All learn from others of different backgrounds and circumstances, and from that we know about the importance of fair and affordable housing. Conservatives like Ms. Marcotte and Mr. Astorino decry enforcement of fair housing laws as “social engineering.” They spent huge amounts of your tax dollars for legal fees, and have lost millions in federal grants, in fighting against affordable housing. I will fight for fair and affordable housing.

In our community we understand that, as in the past, immigrants integrate themselves into our economy and enrich our culture—the children are our kids’ schoolmates and teammates. Ms. Marcotte and Mr. Astorino would facilitate the break-up of these families by allowing use of County police, data banks and detention facilities in deportation round-ups. Mr. Astorino claimed just last week that this is about a big dangerous gang of Hispanics moving in from Long Island (a version of the Trump “bad hombres” obsession). This is pure xenophobic fear-mongering. I’ll tell you this firsthand story:

For years I was a coach and coaching supervisor for the local youth soccer travel teams (New Rochelle F.C.). I had a volunteer Mexican-born coach for a team of 16-year-old boys. Like most of our teams, about a third of the players were born in Central of South America, about a third were born in the US of parents from those countries and another third were “white, non-Hispanic.” This coach had been in New Rochelle for 20 years, working a steady job, paying taxes, and supporting his wife and their 4 children who were all born here. There was an ICE raid one day when he was working in Connecticut and his papers were not in order. He was arrested and detained in a county jail near Boston, where this 45-year-old family man with no criminal record was held for weeks among the general prison population and then sent back to Mexico.